By KELLI FONTENOT
Published June 26, 2008 by The Dalles Chronicle

The Maryhill Museum of Art celebrated the work of one of its founders Saturday with “Dancing with Loïe,” an all-day event ending with an evening of dance at The Dalles Wahtonka High School.

The performances included productions of the dances “La Noir” and “Dance of the Elements” by Jody Sperling and her company, Time Lapse Dance.

Sperling, a Fuller interpreter and dance scholar, gave a lecture at Maryhill and showed several slides with images of Fuller — a whirling mass of fabric, a woman’s form concealed by sheer white silk and colored beams of light. Sperling’s presentation showed the evolution of Fuller’s work from frivolous entertainment to captivating spectacle.


Fuller, who originally performed as a burlesque dancer, took cues from skirt-dancing, a traditional dance that highlighted the female body and usually had a salacious connotation. Sperling showed slides of photographs that documented the evolution of Loïe Fuller’s dance techniques.

In 1997, Sperling was the photo editor for the International Encyclopedia of Dance. Her managing editor choreographed a show featuring styles from the 1890s, and though Sperling originally showed little interest in performing a Fuller-esque solo at the show, the unique costume and the choreography (set to “Ride of the Valkyries”) changed her mind.

Sperling, however, is not a reconstructor of Fuller’s dances. Instead, she draws inspiration from Fuller’s work and choreographs her own more contemporary routines.

According to Sperling, Fuller used innovative methods to create her costumes. She installed long, lightweight rods in the sleeves of each dress so that when a dancer spins or waves her arms, the billowing fabric follows every movement.

“With the extensions under the costumes, you’re basically able to create these spiraling vortex forms that exist in nature and all different kinds of phenomena that are not normally visible,” Sperling said.

“When you create these undulating, iridescent surfaces, you’re able to create scenes, and it’s incredible. When I am dancing, I really feel that I am connecting to the universe.”

At Maryhill, dancer Jessica Lindberg gave a presentation on Loie Fuller’s “Fire Dance.” She showed videos of herself performing some of Fuller’s most famous dances in costume. The costumes were an integral part of Fuller’s work; they created the shapes and imagery that helped her captivate audiences. Each costume was made with yard after yard of silk.

Lindberg’s collaborator and former classmate Megan Slayter designed the lighting for Lindberg’s reconstruction.
Both Slayter and Lindberg are dancers. They met in a modern dance class in the graduate program at Ohio State. When the class briefly discussed Loie Fuller, Lindberg said she was interested, but the lesson moved immediately to the next subject. It wasn’t enough for Lindberg.

“That hole in art history always sort of ate at me. I wanted to fix it,” Lindberg said.

Lindberg and Slayter researched Fuller’s lighting techniques, design philosophy and personal life. Eventually, they were able to recreate some of her most well-known routines.

Lindberg’s performance of “Fire Dance” is now part of a DVD available in the Museum gift shop.

“We’re both very committed to making this available to art students,” Slayter said.

The Fuller festival schedule included several other presentations. Author Ann Cooper Albright gave a speech on her book, “Traces of Light: Absence and Presence in the Work of Loie Fuller.” Maranee Sanders gave a presentation titled “Loie and Friends.” Dancers from The Portland Ballet performed “Reverie Du Soir, ’A Tribute To Loie Fuller’” and “Flower Festival in Genzano - Pas de Deux.” Lindberg performed Loie Fuller’s “Lily of the Nile” dance, which was created in 1897.

The museum — and artist and dancer Alisa Looney — invited children to don costumes and dance in the Outdoor Sculpture Garden. The garden is full of original sculptures, including a few by Looney herself.

Elizabeth Graham, a ten-year-old from Philipsburg, Montana, said her favorite part of the trip was dancing with Looney. Looney and Graham twirled in the garden with pieces of colorful silk and tulle in their hands, making shapes reminiscent of Fuller’s famous dresses.

Graham came to The Dalles to visit her aunt and uncle and see the Stonehenge Memorial at Maryhill, but she said she was excited to see the Loie Fuller exhibit.

Kelli is a writer and editor. This is an online portfolio of some of her published articles. For more information, contact kellijeanette@yahoo.com. 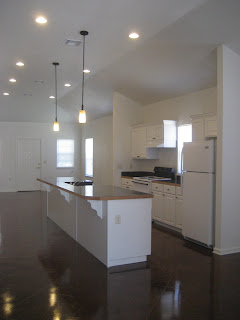 In some cases, going green is synonymous with going broke. Hybrid cars and organic produce are expensive, but there are ways to conserve precious energy that will also keep you from emptying your wallet. A recently completed housing development in Lake Charles is providing a new way to find out just how much energy – and money – people can save by going green. The developer will have the opportunity to study and compare electric bills of a house with average fixtures to figures from an identical house with energy-efficient upgrades, according to CJ Tech’s Charles Abshire, the electrical contractor.

Light filters in through the windows of Andrej Kurti's studio in the afternoon, splaying across the blue plush lining of his open violin case. A small icon decorated with an Orthodox Christian image rests against the neck of the exquisitely carved wooden instrument. The low, clear sound of a nearby euphonium rehearsal seeps through the walls. Kurti leans back in his chair at his computer, catching a breath after his hectic day of back-to-back violin and viola lessons and long rehearsals with the orchestra. . . 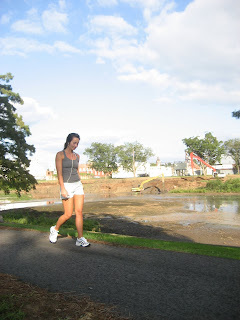 Chaplain's Lake, a body of water once admired for its aesthetic appeal, was drained over the summer, and the city has now finalized the rest of the construction plans. The recent activity in the now-empty basin near the north end of the lake has caught the community's attention. For the past two weeks, a CAT marsh buggy has been treading through the muddy remains of the lake, swirling a 50-foot metal arm around in the slimy material . . .

Big Fun Toy Store in Coventry Village is among the businesses that are participating in the Council of Small Enterprises' grant program for energy efficiency education. Energy efficiency might not be one of the first things to spring to shoppers’ minds amid the extraordinary array of memorabilia, hard-to-find candy, retro magnets and quirky gifts sold in the city’s iconic toy store. But establishing a positive atmosphere for customers and reducing environmental impact are top priorities for Steve Presser, the store’s owner. 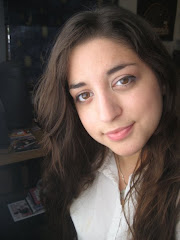 It’s about 11:45 a.m. on Saturday and I am standing on a bridge in Dufur, aiming a zoom lens at the innertubes in the creek below. I snap a few shots and run back to the truck to get rid of the camera. When I return to the creek entrance, I expect to see someone waiting for me (I’ve got the keys to the truck, after all) but once I reach the water, I am met only with a black rubber tube and a six-foot walking stick to paddle with. Hesitantly, I wade into the water and peer down the creek. The family has floated out of sight, but voices carry across the wind and I realize if I don’t go now, I may never catch up. I am about to become a participant in The Great Nansene Creek Flotilla.

At one of a dozen tables in the Friedman Student Union Ballroom Tuesday night, junior journalism major Cody Bourque leaned over his plate of lasagna to turn on his iPhone without using his hands. The rest of the people at his table chuckled as they watched him repeatedly hit the touch screen with the tip of his nose. "I'm updating Twitter," he said. Across the table, another diner - who was blindfolded - said, "I feel so left out of this joke." A few people chuckled, but a long pause followed as everyone realized the depth of his comment. While the statement was offered in jest, it illustrated the alienation that people with disabilities encounter on a daily basis.